PITTSBURGH WEEK HAD A HAPPY ENDING 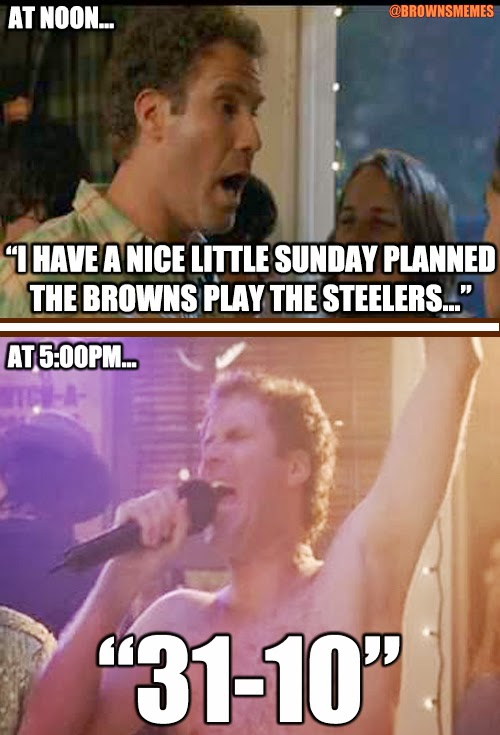 To be fair the Browns and Steelers rivalry has never been that good.  The Browns dominated the 50's and 60's. But 1970 brought on a new day and the "Three Rivers Jinx" took hold for the Browns as they watched the Steelers move on to be a dominate dynasty in the NFL.  The mid 80's finally shifted in the Browns favor, and once again they were the better team.  Then the mid 90's the rivalry shifted back into the Steelers favor.  From there the Browns moved to Baltimore, which for Steelers fans replaced the rivalry with Cleveland.  And since the Browns returned to the NFL in 1999 they have failed to recover the passion in the rivalry, making losses to the Steelers a nearly bi-annual tradition for us for the past decade and a half.  It has dampened a rivalry that still has passion and fire, but also is marred by the fact that Steelers fans see the Browns games as a guaranteed win.

That was until 2014.  The season series started with the same old vibe.  In two quarters of play the Steelers made mincemeat out of a seemingly overwhelmed Browns squad.  And after going into the locker room leading the game 27-3, Steelers fans smugly gloated while Browns fans licked their wounds in an all too familiar scene.  But that was the moment the "same old Browns," died.

For all the errors the Browns committed in the first half of that football game, the team came out of the locker room and punched the Steelers straight across the mouth.  The team rallied to tie the game in the 4th quarter, and the Steelers only barely escaped with the win on a last second field goal.  But instead of leaving with their heads held high, the Steelers were left with a win that felt more like a kiss from their sister. 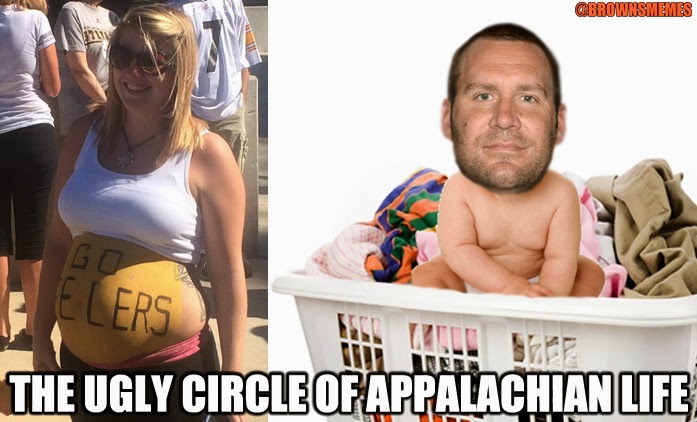 While at least that was progress for the Browns, it wasn't a win but it was something.  Knowing we had a rematch just a few weeks away, many of us hoped that maybe the 2nd half of that game was something more than the Browns just catching a Steelers team who had fallen asleep at the wheel. 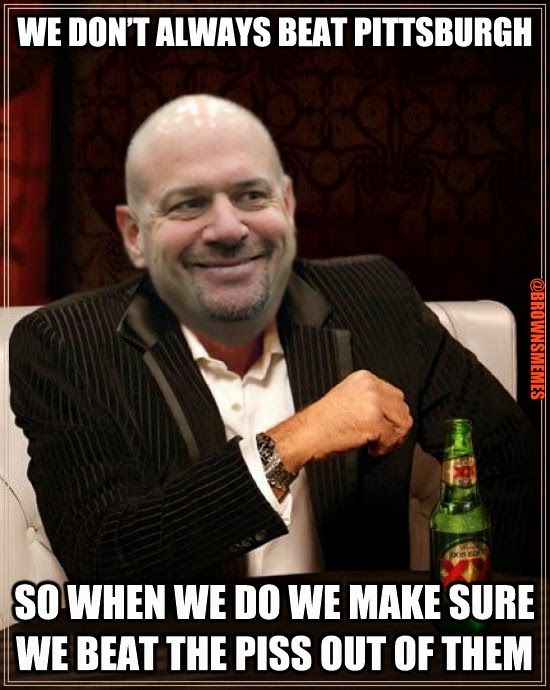 When Pittsburgh unholy football team made it's visit to the shores of Lake Erie there was something that felt different.  Excitement for Browns football as reached a level that hasn't been seen since the 80's.  Gone were the sections of terrible towels and black jerseys.  An army of orange and brown arrived instead to greet the Steelers into town. 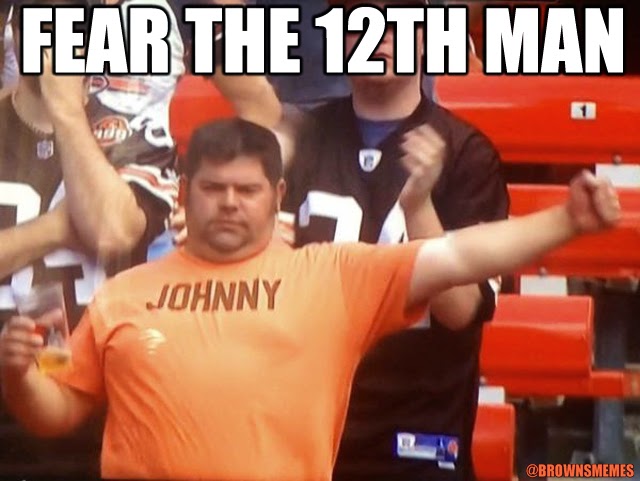 And we were loud, obnoxious and ready to have a reason to scream.  The Browns entered the game with incredible momentum, and it showed as they cruised to a 21-3 halftime lead.  In normal situations this would usually be enough to feel very comfortable, but being a Browns fan it is a normal reaction to wonder how things are going to go wrong.  But this day was different.  The Browns kept the pedal to the medal, and very quickly turned Pittsburgh's hopes of their own comeback into garbage time.

The Browns 31-10 rout of the Steelers was a showcase.  A four quarter display of a new look Cleveland Browns team that is crawling out of the large shadows cast upon them by the other teams in the division.  A team that Cleveland can finally be proud of.  So for that I will spare you the same old recycled analysis you can get anywhere, and just celebrate with the rest of you.  Enjoy... 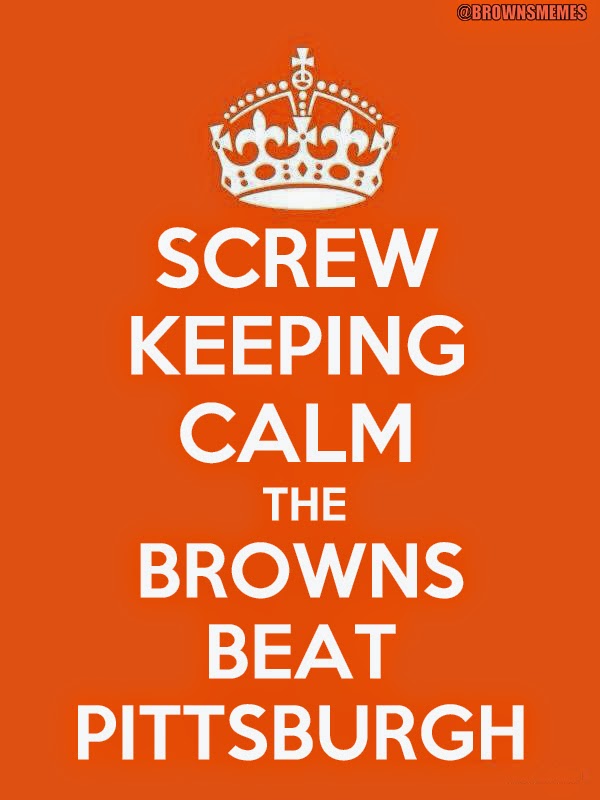 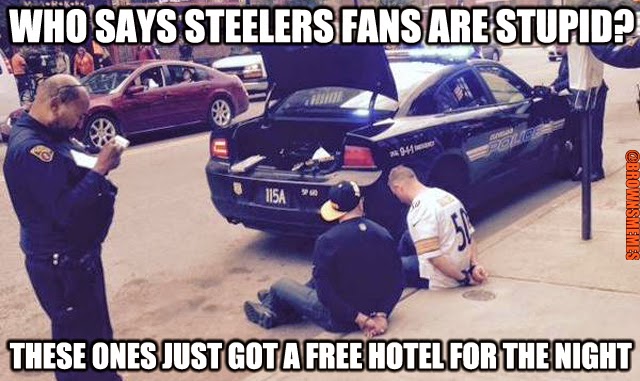 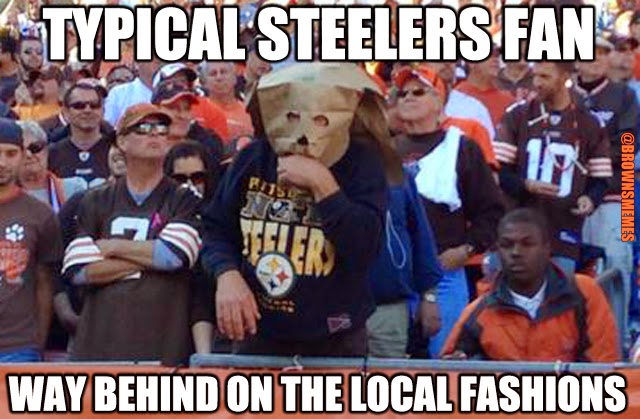 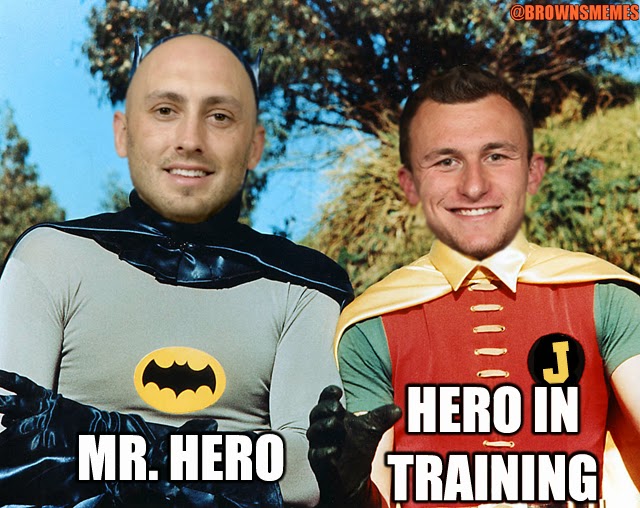 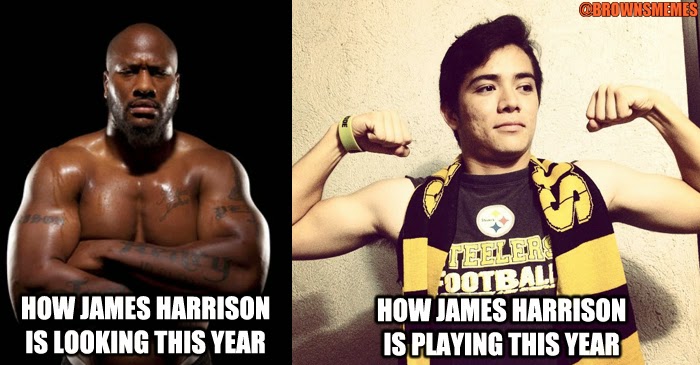 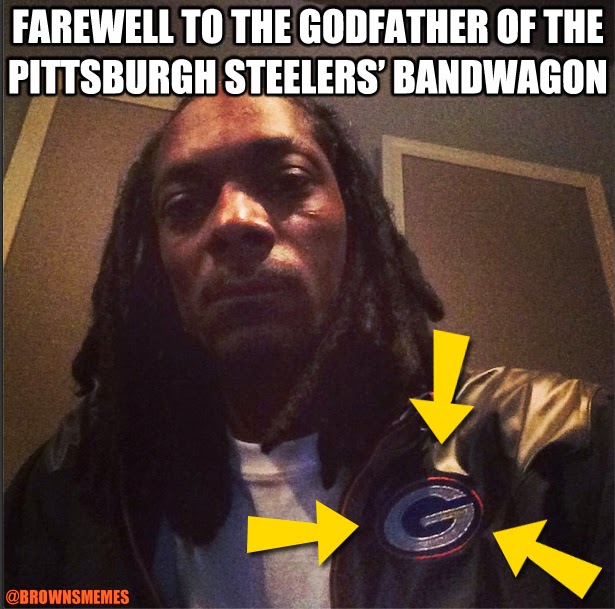